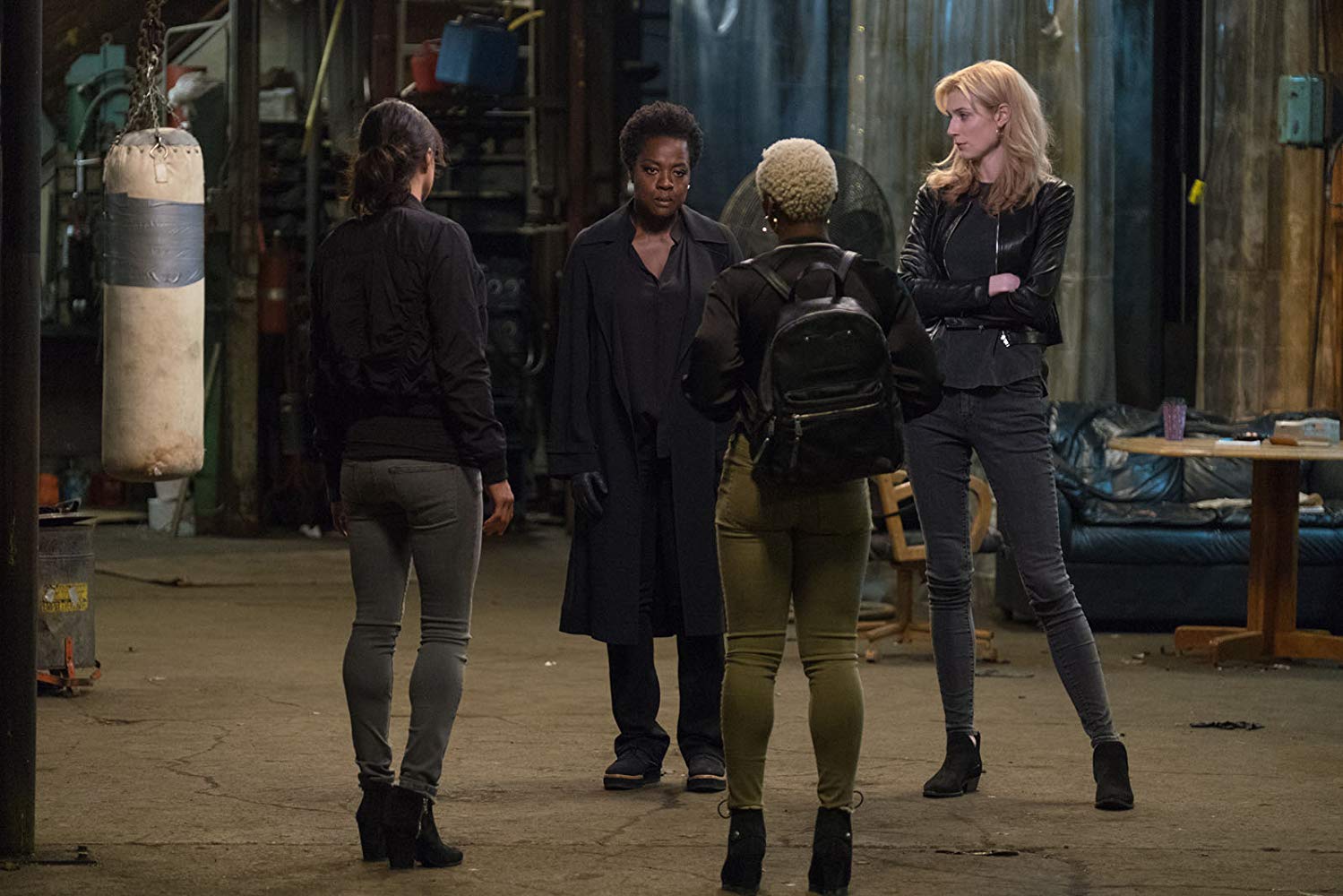 Despite what the general public might think, there were films helmed by black directors pre-Black Panther, and it just so happens that one of them directed a film that won an Academy Award for Best Motion Picture in recent years. The aforementioned director is Steve McQueen and the aforementioned film is 12 Years a Slave (2013). McQueen is a easily one of the most talented directors to emerge on the scene in the past decade as each of his three feature-length efforts (Hunger, Shame, and 12 Years a Slave) have demonstrated remarkable visual flair, powerful performances, and challenging subject matters. Needless to say, I was excited for his latest effort, expecting a welcome break from all the low-effort blockbusters and unabashed Oscar-bait I must wade through every year.

At the story level, Widows is a crime drama with all the trappings of an urban heist film taking place against the backdrop of Chicago. However, very early into the film, you will ascertain that you are simultaneously watching an intriguing character drama unfold. When their criminal husbands end up dead after a job gone south and $2 million belonging to local crime boss and aspiring politician Jamal Manning (Brian Tyree Henry) is lost, the film’s titular stars played by Viola Davis, Michelle Rodriguez, and Elizabeth Debicki decide to boldly risk their livelihoods in order to get out of their unfortunate situations. By finishing the next job worth $5 million that Harry Rawlings (Liam Neeson), husband of Veronica Rawlings (Viola Davis), had outlined in his personal notebook before his demise, the debt to Manning can not only be paid off but each of the women will gain long-term financial security. As the film progresses, you gain a deeper appreciation for the situation that each woman is in and can honestly believe why each of them would participate in pulling off a heist. The dynamic the leading women have works due to the nuanced script (co-written by Gillian Flynn and McQueen) and how well the actresses portray their characters. In particular, Davis gives a compelling performance as Veronica Rawlings, a stoic teacher’s union delegate living in the shadows of a faded marriage that appears to have died long before her husband did. She is able to convincingly portray a woman attempting to sustain the emotional weight of significant loss yet powering through to reach her goal by remaining stern, calculated, and motivated. She is an extremely well-written character, and Davis fleshes out her inner turmoil as well as determination in a realistic manner.

This point leads me to another of the film’s strong suits: realism. This film is grounded in reality and does not attempt to throw any female-action-hero-fantasies on the screen (e.g. Marvel’s Black Widow who is not a titular character in this film). All of the women are hyper-aware of the physical challengers and logistical difficulties that such a heist presents and show appropriate uncertainty, hesitation, and lack of ability in tasks they have never carried out before. My favorite example of this aspect of the film is a scene in which the women are conditioning themselves to be able to run with a backpack which contains the same weight as that of the money they will be stealing. By keeping the film grounded, the audience is able to buy more into the unfolding events, and there is actual tension since you realize your heroines are not invincible and there are actual consequences if they mess up. While there is a peppering of light comedy, the film maintains its serious tone and stays grounded throughout.

Beyond the central heist narrative, there are numerous other interconnected characters and subplots. This film is impressive in that it manages to bring depth to a large number of characters and connects each of them in a meaningful way. While everything is happening, there is a political drama also unfolding as local politician Jack Mulligan (Colin Farrell, masking his Irish accent fairly well for the most part) is running for office against Jamal Manning. Seasoned acting veteran Robert Duvall effortlessly plays the contentious and brazenly racist Tom Mulligan, Jack’s incessantly disappointed father and the incumbent for the office for which his son is running. The last performance that I want to highlight is Daniel Kaluuya as Jamaal Manning’s brother Jatemme; he plays a truly ruthless and often unhinged enforcer and is one the most intimidating villains I have seen on screen in recent years. Each of these supporting actors is able to give depth to their characters on the screen, and, once again, I can only give praise to the script, direction, and acting.

With regard to technical achievement, this film is impeccable. McQueen has a clear vision for each and every scene that he puts on the screen shown through his choices of perspective, framing, and color palette; all shots, both static and dynamic, are masterfully composed and will yield a nod of approval from the most pretentious of film school graduates. Many scenes frame the actor and their surroundings in such a precise manner so as to elegantly reinforce the character’s current emotion or state of mind. At multiple points in the film, there are impressive extended takes tracking vehicle motion which look like they involved a significant amount of effort to pull off correctly. He knows when to move the camera quickly to build energy as well as when to linger for emphasis. Some of McQueen’s shots are just downright cool in the way he uses light sources and reflections within the frame. Seriously, this man is a talented artist, and the visual presentation alone is worth the price of admission…

…however, this film is far from flawless. The most significant issues I had with the film lie fairly deep into SPOILER territory so I will refrain on specifics (I might lengthen this review with a SPOILERS section upon a second watching of this film). To summarize, while the build-up and character development is so well done, the plot conclusion and emotional payoff is just too quick and convenient and fails to justify everything that Acts 1 and 2 establish. As the film reaches its climax, plot conveniences proliferate. The latter part of Act 3 fails to bring any of the characters to a satisfying ending but rather just goes for a simple by-the-books ending. It is almost as if the studio stepped in and required that a neat Hollywood bow be tied around McQueen’s holiday season gift to us.

Despite the film taking a more crowd-pleasing and, in my opinion, easy route in its final act, I do believe this is a film worth checking out solely for the masterful visual presentation and excellent performances. Steve McQueen once again proves he is one of the best directors in the business, and this is his most accessible film to date.