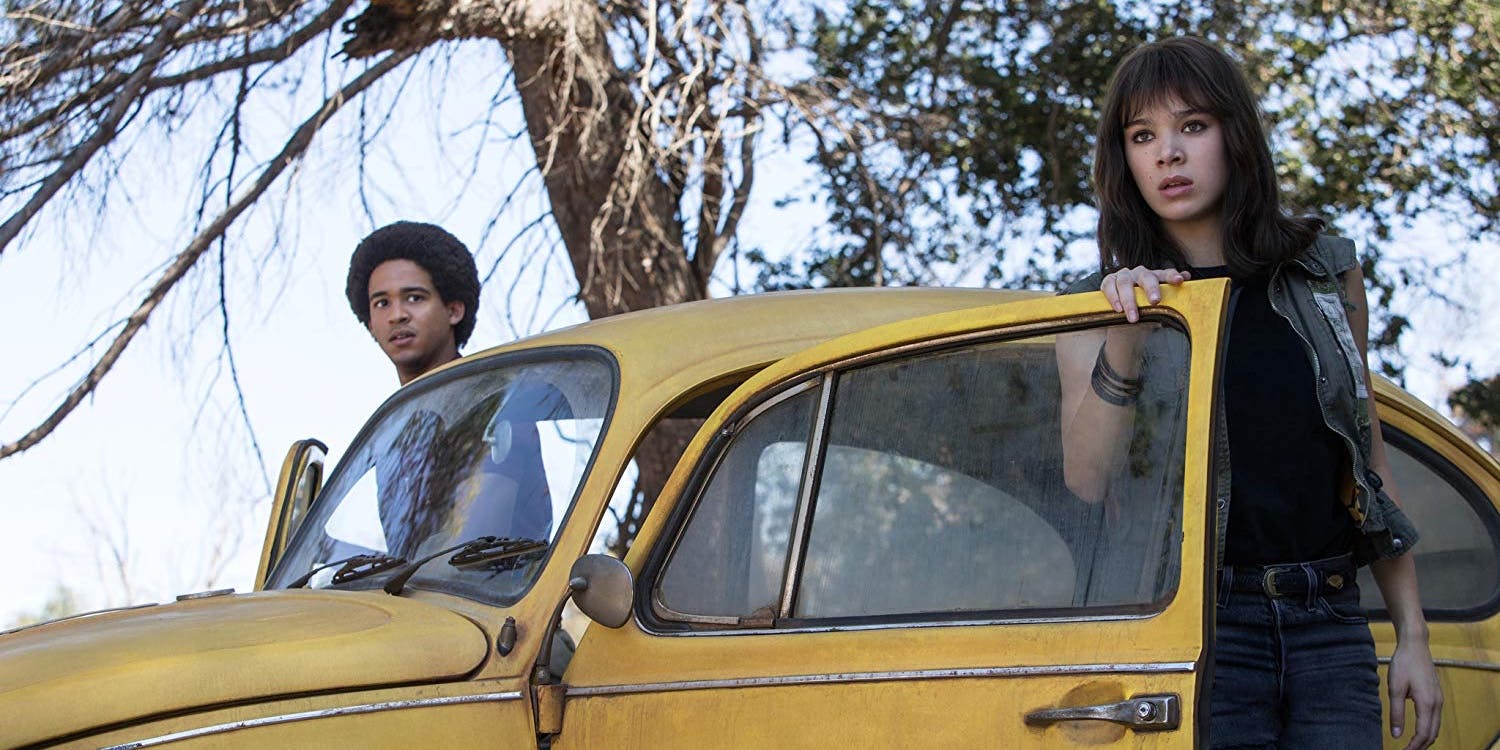 Optimus Prime is awesome and Transformers are cool. Both statements are indisputable facts. Though I was born far too late to watch the original 1980s Transformers series, I remember without fail watching every episode of the admittedly inferior Transformers: Armada in the early 2000s. Having confessed my childhood conflict of interest in this property which probably causes me to take cinematic adaptations much more seriously than I should, I will proceed to discuss Bumblebee, the new live-action incarnation of the beloved 1980s cartoon. Michael Bay has taken his hands off the wheel of the franchise much to the relief of everyone except those who enjoy visually-induced migraines and on-screen degradation of women (we can only hope that he is now hard at work to complete the third installment in the far superior Bad Boys series). Joking aside, I will say that Michael Bay is a fairly talented action and visuals director when he is restrained; in fact, I quite like the action scenes in the first Transformers film. The director is now Travis Knight who caught my attention with his stop motion spectacle Kubo and the Two Strings (2016). This fact along with a singular screenwriter (Christina Hodson) gave me hope for this film after I stopped viewing the trash-heap entries in the franchise 1 or 2 movies ago.

This time around the plot is appropriately simple. Decepticons are beating Autobots in fight on Cybertron. Optimus Prime tells Bumblebee to go to Earth. Bumblebee goes to Earth, loses voice in a fight, and goes into hiding. Comically evil Decepticons #1 and #2 come to Earth to find him. Bumblebee gets found first by main human protagonist. And I’ll let you all extrapolate from there…

This film succeeds presenting a main human character with whom we can easily empathize. Hailee Steinfeld plays Charlie Watson, a melancholic and unpopular teenager who is aggressively into non-mainstream 80’s music. The rest of her family has moved on from her father’s death as evidenced by her mother’s new boyfriend, and Charlie stays distant from the rest of her family. After she accidentally brings Bumblebee home in the form of a VW beetle junker and discovers he is a mute sentient extraterrestrial in disguise, Charlie develops a relationship with her new robotic friend that seems genuine since the film clearly establishes her as hurting, lonely, and not emotionally well-understood. Unfortunately, this idea is far from novel but the E.T. approach is certainly more appealing than whatever the heck they were doing with Shia Labeouf in the other films. Hailee Steinfeld portrays her character sympathetically and her acting, much of which is opposite CG, is convincing enough. I give the film credit for being genuine and attempting a different approach to making the Transformers a coherent story with a compelling human element. This film understands the silliness of the concept and correctly attempts to introduce levity into the film. However, the ways in which they do so are a mixed bag. The majority of the physical comedy involving Bumblebee as a fish-out-of-water is pretty funny. The human comic relief is less amusing; the brother, mom’s boyfriend, and the awkward nerdy love interest are all unfunny and unnecessary comedic elements. I did enjoy John Cena’s deadpan portrayal of “military dude”; it was appropriate for the tone of the film and not annoying and ironically humorous.

The technical aspects of the film are just fine. Nothing mind blowing but nothing bad. All the CG looks competent. What is noticeably different about this film in comparison to the Bay films is a greater simplicity in the Transformer character designs which is more akin to the 80s cartoon. I like this change as it is much easier to distinguish the different transformers during action scenes and they are aesthetically more charming in the way the character designs from the original cartoon are. I may get crucified for saying this but I believe that Michael Bay directed more interesting action scenes in the original live-action Transformers (2007). Everything here was pretty run-of-the-mill and forgettable. To this day, I clearly remember that scorpion transformer coming out of the sand to attack the soldiers in the desert in the 2007 film.

The movie gets more right than it gets wrong and is thus a perfectly average action film with a human element. It remains fairly focused in targeting a young teenager audience, and I would recommend it to families who want to watch a more family-oriented action flick (young children might be frightened—use parental discretion unlike the audience members in my theater who thought this would be appropriate for their three-year-olds to view). Personally, I would just rather watch E.T. and a better action film, but that might just be me.