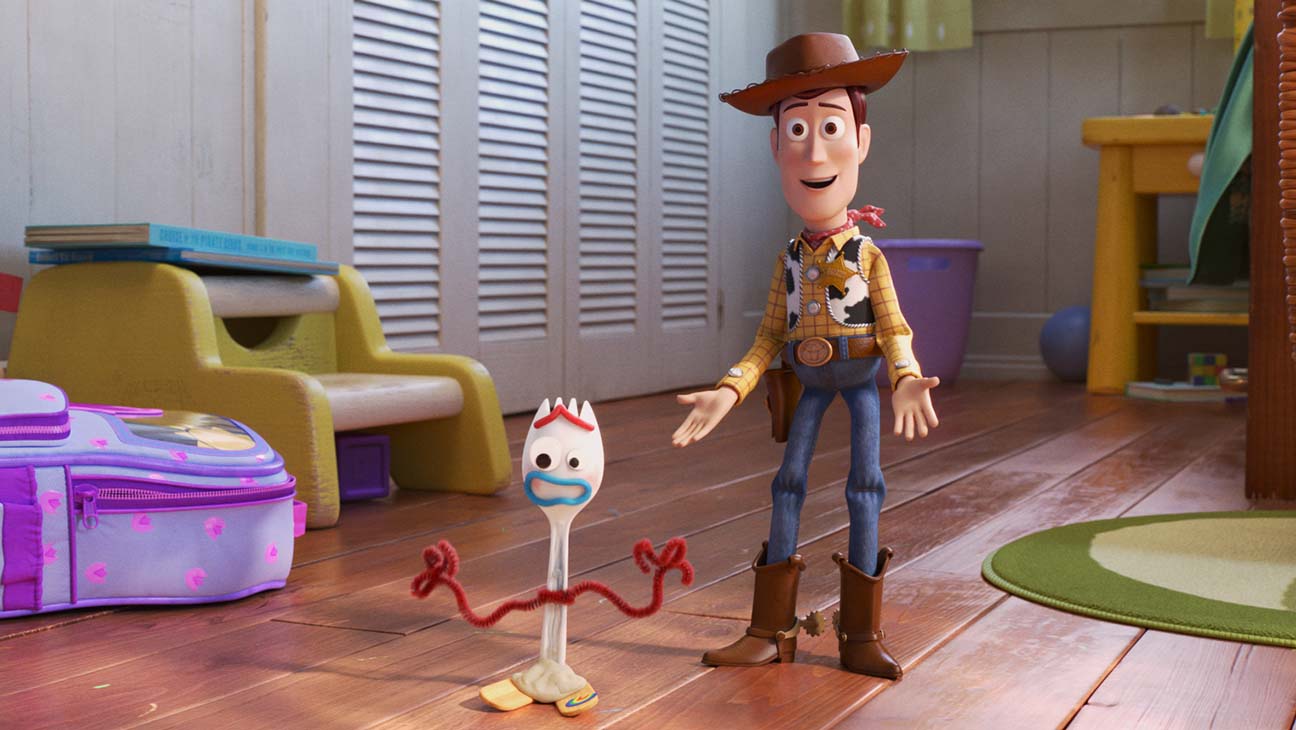 It has been nine years since Toy Story 3 (itself a long-awaited sequel) brought a satisfying and tear-jerking conclusion to one of the best children’s film franchises of all time. While none of the movies are flawless and each has more than a few physical discontinuities and logical inconsistencies, the iconic designs and wholesomeness of the main characters intertwined with a genuine emotional core in each movie are what endeared the series to audiences of all ages around the world. Upon seeing the trailer for this latest installment, I was not enthused as I was highly skeptical that a plot could meaningfully continue past the neat and sentimental resolution of the previous film. Like it or not, Toy Story 4 has arrived on the scene claiming to have more (toy) story to tell. Does this continuation of the saga justify its existence or is it a shameless cash grab?

It starts off simple enough as the movie shows us how Woody (Tom Hanks), Buzz Lightyear (Tim Allen), and the gang are carrying on after the ownership transfer from Andy to Bonnie at the end of the previous film. Woody is no longer his child’s favorite toy and is struggling to find a purpose in Bonnie’s life, which is an intriguing-enough premise. Then, out of nowhere, the film gives us the psychological goldmine of a character Forky (Tony Hale), a Frankenstein’s monster born from a combination of a disposable plastic spork, craft supplies, and Bonnie’s imagination during her first day of kindergarten. He quickly becomes the funniest and most fascinating piece of the movie. From his first animation, he adamantly believes he is meaningless trash and cannot fathom that he serves a purpose as a toy. In a humorous string of scenes, he willfully attempts to dispose of himself in any nearby trashcan as Woody has to incessantly work to prevent this makeshift plaything, who has taken up the top spot in Bonnie’s heart, from offing himself. While little kids will laugh at the physical comedy, adults will be trying to come to terms with the fact that one of the main characters is actively suicidal. However, the movie pivots soon after, and Forky abandons his nihilistic tendencies to take a backseat in the plot. It is at this point that we jump to the central conflict involving Woody which, unfortunately, is much less interesting. I do not want to spoil much more, but I will say that the film strongly tapers off in quality after the first act though it hits a few high notes in the latter stages. I do find it hard to believe that this was the agreed-upon screenplay from the start (the release was significantly delayed due to a large amount of script rewrites). It is as if there were two writing camps competing: one wanted to have a safe and predictable romp that attempts to hit all the emotional beats of a Pixar film while another one wanted to use the Toy Story premise to have a more elevated existential exploration. The resulting concoction is enjoyable but messy.

There are several different genres being thrown together in different parts of this movie: comedy, action, adventure, romance, and even some light horror (seriously, the marionette villains are borderline terrifying). Unfortunately, the combinations of different characters, genres, and ideas do not always mesh well which seems to be a reflection of a clashing of screenplay ideas and a reworked script. The first twenty or so minutes of the movie feel almost disconnected from the later portions of the plot. Coincidentally, my favorite scene is a simple extended shot that occurs during this portion of the movie as Woody drags/walks with Forky down the road. Once the main plot kicks into gear, Toy Story 4 is not much of a departure from the previous two as it follows roughly the same formula: a series of contrived circumstances separates a toy from the other toys at which point other toys must figure out how to get lost toy back and along the way the toys meet a seemingly-friendly toy who is actually diabolical but for an understandable reason. But I do not think most people are seeing this film for a novel plot…

Almost all of my issues with this movie involve the writing not doing enough with the characters and material. I wanted more out of the relationship between Woody and Buzz. Like all the films, the story focuses on Woody while Buzz plays a comical supporting role. I feel they missed an opportunity to really drive home the friendship they have developed since overcoming their rivalry all the way back in the first film; this would have made the ending of the movie more emotionally-challenging though I will not spoil it. They do make a weak attempt to develop their friendship, but it is not satisfying and relies too much on nostalgia. I also wanted more out of the previously-established ancillary characters (Rex, Slinky Dog, Jessie, Bullseye, Hamm, Mr. and Mrs. Potatohead, etc.) who do essentially nothing. Instead, the movie is more preoccupied with introducing new characters, and I enjoyed roughly half of them. Keegan-Michael Key and Jordan Peele voice the conjoined stuffed animals Ducky and Bunny, respectively, who Buzz meets at a carnival booth. While Key and Peele are a hilarious comedic duo outside of this movie, their style of random and obnoxious humor feels completely out of place compared to the rest of the characters, and they are integrated far too much into the plot. On the contrary, the character of Duke Caboom (Keanu Reeves), the motorcyclist pride of Canada, is a humorous addition who fits right in (ignoring the stupid Bill & Ted’s Excellent Adventure reference in a post-credits scene). The eerily-friendly antique doll Gabby Gabby, flanked by her creepy marionette henchman, is essentially the same villain from the previous two movies but marginally more sympathetic (has a reasonable motivation similar to Stinky Pete and Lots-o’ and not a pure sadist like Sid); she is probably my least favorite villain in the franchise as she is flat and monotone and her every action is easily foreseeable.

This movie shines when it focuses on Woody’s struggle to hold onto a purpose for existing. Ultimately, it is his unwavering loyalty to his kid and his friends that give him a meaning to existence, and it is enjoyable to watch as he diligently seeks to fulfill what he believes is his duty. There are a number of simple yet profound lessons to be drawn by both children and adults, which elevate the quality of this movie above that of contemporary children’s films. However, I am extremely curious as to what more could have been done with keeping Forky, who initially sees no purpose in his existence, as a foil to Woody. The movie is at its worst during the third act which is extremely predictable and nearly reaches Finding Dory levels of silliness. After some cheap emotional manipulation involving a non-main character, the film won me back a bit with a genuinely tear-jerking and sentimental ending for Woody and the gang; however, as I said before, it could be even more emotionally-resonant if it did not rely as much on nostalgia.

Toy Story 4 is far from a pointless sequel that simply cashes in on the success of a well-established and beloved franchise. It is able to justify its existence, but many opportunities to take things up a notch were missed. As I stated, most of my gripes are more with what the film does not do versus what it does, and it does a lot well. As always, Pixar provides exceptional 3D animation and is technically superb in all regards (watching this movie side-by-side with the original will show you just how far computer animation has advanced in the past twenty-four years). Yet again, the voice-acting from both the veteran and new cast members is sharp and humanizes the animated characters. There is obvious care and effort put into the film, and, consequently, the property is able to maintain its charm and wholesomeness. Thus, I can recommend for families to go see Toy Story 4 though I do think it is overall a minor step down in quality from the prior trilogy.