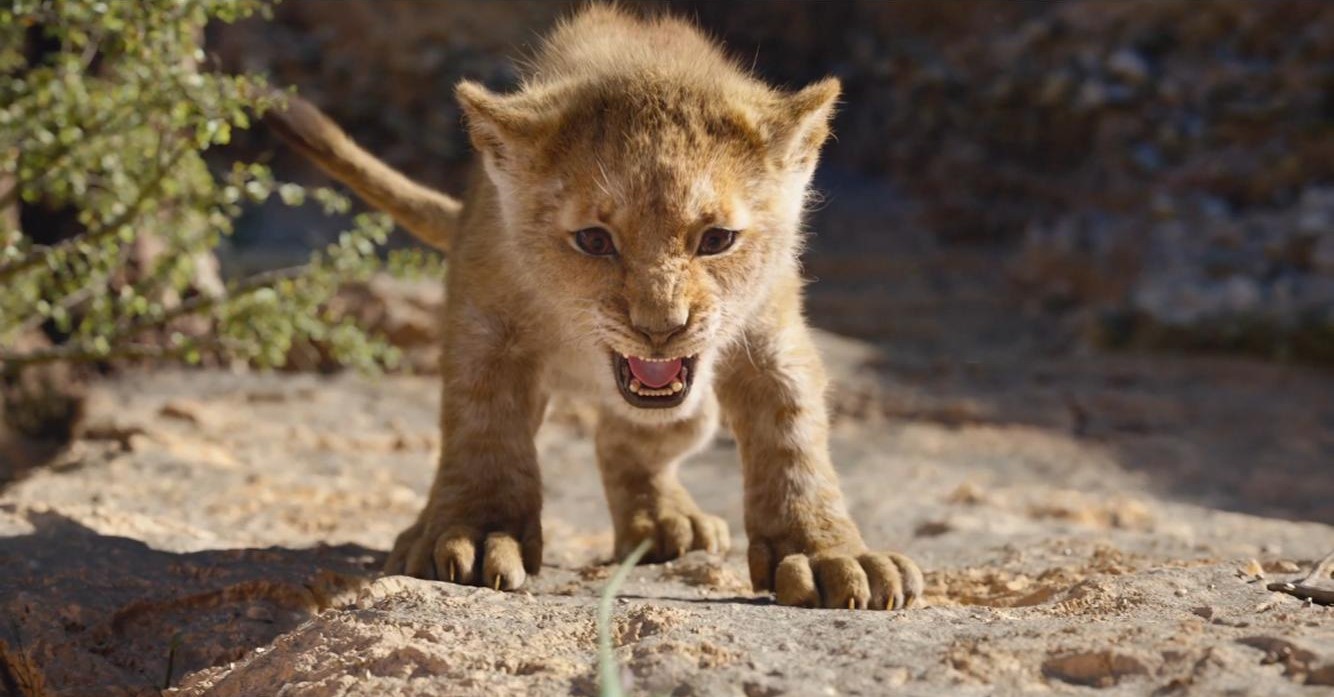 I want to start off by saying that the visual-effects artists that worked on this movie are extraordinarily talented, and the sheer amount of effort and attention to detail put into every single shot is clearly evident. I appreciate your work and understand how arduous your professional lives are in the current industry. Unfortunately, I review films not technological demonstrations. No matter how great the texture mapping, artificial lighting, and subsurface scattering are, such decorations cannot breathe life into a corpse.

Yes, that is right, Disney has murdered the 1994 animated classic. This “live-action” shot-for-shot remake, which contains no non-entirely-CG shots (director Jon Favreau claims there is one, but I did not notice), achieves digital photorealism at the expense of any sort of human or emotional connection to the Hamlet-based narrative. The original is so memorable and charming entirely due to its stylized 2D-animation. The anthropomorphic animals are able to demonstrate a wide range of expressions and feelings and can actually be characters due to the nuances in the colorful animation. Exaggerated eyebrows, articulated mouth movements, and specific eye motions among other things are what make the animated characters visual performances so spirited, endearing, and effective. All of the scenes are vivid, full of energy, and, shall I dare say, fun. In this version, the photorealistic visual performances are far worse than ordinary wooden acting. Because the animals are so life-like, I simply could not mentally connect the voices I heard to what I was seeing on screen very easily. It is nearly impossible to articulate the mouths of realistic animal models to accurately depict speech though they try their best; most of the time, it feels like a nature documentary with people talking over it to imitate what the animals are thinking. The character models are not distinctive since they are constrained by the drab color palette of the real-world African wild and are forced to resemble the real creatures themselves. Fundamentally, this movie cannot form a meaningful connection with its audience and does not have a memorable visual style, two necessary aspects for a film of this type. It relies entirely on using familiar music and bits of imagery to emotionally manipulate its audience via nostalgia while being completely ineffectual in its own right.

Being a shot-for-shot remake would be fine except that several elements are just far worse. Most notably, the voice acting is simply pedestrian. The aging James Earl Jones is a shell of his former self in his reprisal of Mufasa. Though a fantastic actor, Chiwetel Ejiofor is simply not in the same league as Jeremy Irons in his portrayal of Scar; Ejiofor lacks distinctive definition as a villain as opposed to Irons’ menacing yet simultaneously effeminate performance that oozes with personality. Donald Glover is serviceable as Simba. Beyoncé is bearable as Nala. John Oliver, Billy Eichner, and Seth Rogen border on unbearable as Zazu, Timon, and Pumbaa, respectively, for nearly all their scenes in the movie. All of the comedy, which is primarily instigated by these three, is much more annoying than that in the original. The worst moment occurs when Timon starts singing “Be Our Guest” from Beauty and the Beast as a self-referential joke that is extremely cringeworthy, only serving to remind me just how self-absorbed Disney is. Ultimately, the biggest issue is that every character feels completely hollow and lifeless which results from a combination of the so-so voice acting and the disconnected visual representations of the characters.

Original score composer Hans Zimmer, whose work I generally like, once again teams up with producer Pharrell Williams seeking to outdo their spectacularly terrible collaboration on The Amazing Spider-Man 2’s soundtrack. Every musical number is either the exact same or much much worse. “Be Prepared” and “Can You Feel the Love Tonight?” are especially awful. The former is an overbearing sung/spoken/shouted monologue that quickly takes place in the dark and feels like an afterthought (it makes sense that the scene was supposedly going to be cut from the film); it does not contain any of the inflection and flair of Jeremy Irons’ original performance or the frenzied hyena-filled visual spectacle. The latter is simply a vehicle for Beyoncé to flex her vocal muscles; the overly-smooth production contains none of the soul of the original, and the whole scene inexplicably takes place entirely in broad daylight. They even add in another wholly original song for Beyoncé to sing which I do not even remember except that it felt extremely out of place. Musical numbers have historically been the highlights of Disney films, but I was just waiting for each one to conclude in this remake. The way they attempt to make the realistic animal models “sing” is so awkward to the point that I wish they had not even tried. There is simply nothing visually appealing about the filmmaking in these scenes despite the technical excellence of the animation.

Needless to say, I cannot recommend this film to anybody except maybe some budding young visual effects artists looking for an exemplary technical presentation. A remake in this form was simply not necessary. I rather enjoyed Favreau’s technically-adept reinterpretation of The Jungle Book in 2016 as that movie attempted to put a different grittier spin on the narrative and felt like a distinct work rather than an inferior attempt to update a classic. Everyone should rewatch the brilliant and vibrant original The Lion King and appreciate the memorable characters and music (I would also recommend the musical version if you ever have a chance to go). This movie is a soulless, lazy cash-grab and has put me off from watching any more of these “live-action” remakes since the last two I have seen have been unpleasant experiences (2017’s Beauty and the Beast being the other). Disney is simply using nostalgia-bait to lure in viewers who have previously connected with the excellently-crafted visual romps of their childhood and then feeding them shiny but empty shells of the original works. The classics did the hard work, and now Disney is going to ride the profit train as long as we keep giving them money…so this is where I get off.