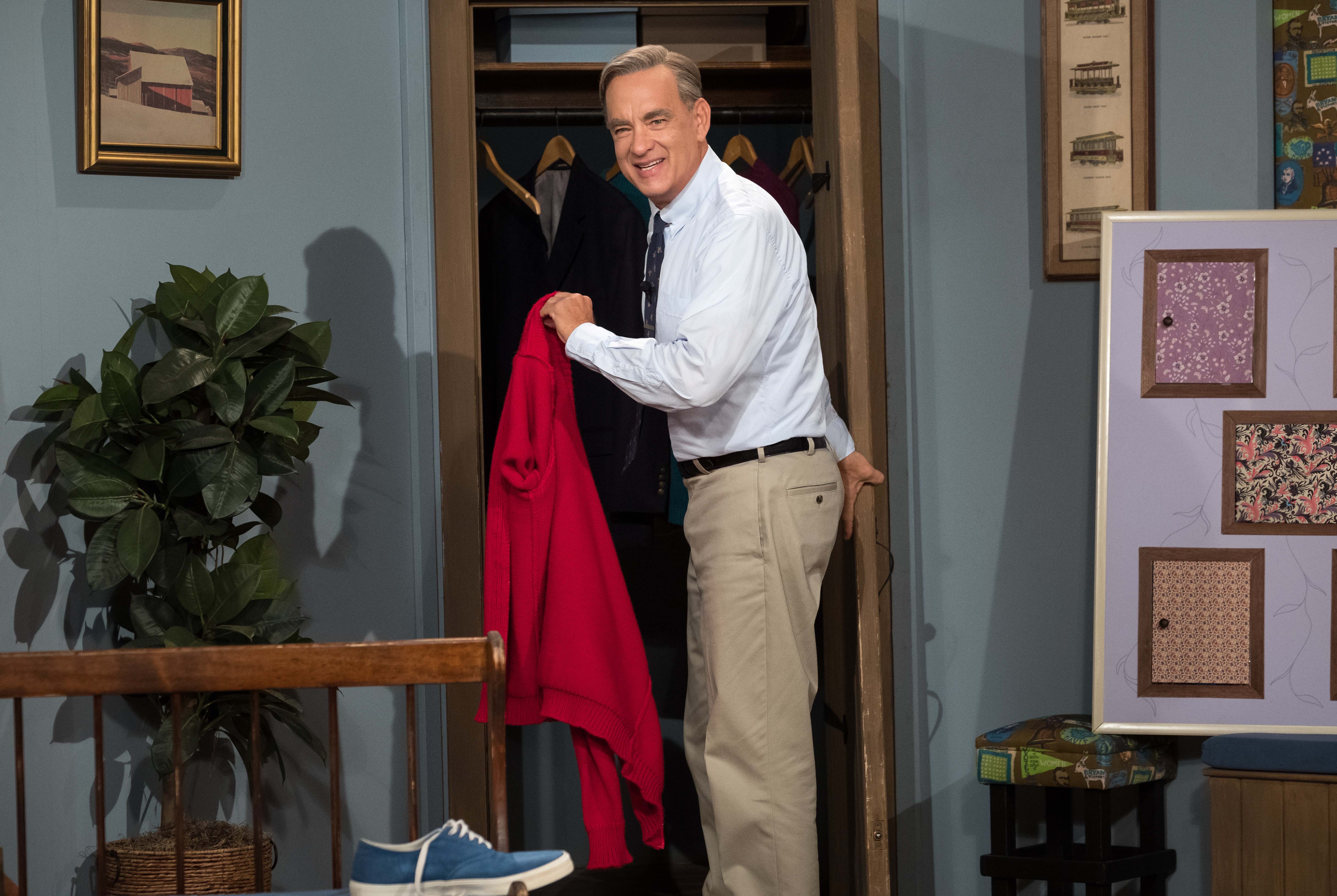 Mister Rogers’ Neighborhood was not a major element of my childhood though I definitely have memories of watching a nice gentleman choose his sweaters and moments of strange puppetry. Even still, I am sure you would be hard-pressed to find someone with much negative to say about the man who wholesomely entertained children for decades, and I understand why there is a renewed public fascination with him as evidenced by last year’s documentary Won’t You Be My Neighbor?. Inspired by the real-life 1998 Esquire article “Can You Say … Hero”, this fictional story follows the accomplished yet troubled journalist Lloyd Vogel (Matthew Rhys) as he receives a new assignment to interview and write a short article on the famed Fred Rogers (Tom Hanks) of Mister Rogers’ Neighborhood. Initially, Lloyd is self-centered, angry, and extremely cynical to the point of toxicity, but we come to understand that he is a deeply hurt man. Filled with resentment towards his distant father Jerry (Chris Cooper) and dealing with a strained marriage with his wife Andrea (Susan Kelechi Watson), Lloyd is forced to face his issues as Mister Rogers gently flips the interviews around on Lloyd, helping to break down his emotional walls. The majority of this movie is Mister Rogers causing Lloyd to introspect and come to terms with his pain and recognize the love that exists in his life.

That all sounds great and heartwarming. However, my experience watching this film was a lot stranger than I anticipated. There were points I was completely and totally bored (mostly in the first act). There were points where I was genuinely emotionally touched (mostly in the third act). However, there were also points where I was extraordinarily confused by what the filmmakers were attempting to communicate. The most striking example of such a point is the film’s most surreal sequence in which Lloyd gets shrunken down to handpuppet size and stands within the castle set with a giant Mister Rogers’ looming. This dream sequence is disorienting and unsettling, and there in lies my biggest problem with the movie: how are we supposed to perceive Mister Rogers? Several scenes between Lloyd and Mister Rogers feel intentionally uncomfortable with Mister Rogers almost functioning as an antagonist; there is an atmosphere of creepiness to much of it that I think is intentional. More than a few times, Mister Rogers behavior is disconcerting; at other points, he is nearly a Christ-figure. This inconsistent tone and presentation prevented me from ever really immersing myself in the dynamics of the story. Additionally, I believe the familial issues that Lloyd faces are oversimplified for the sake of drama and remove a degree of realism from the story.

That being said, there is a lot to like in the performances, particularly in the aforementioned interactions between Lloyd and Mister Rogers that make up the core of the film. I really doubt there are many actors besides Tom Hanks who could faithfully portray Fred Rogers, and I am glad that this performance exists. Finally, I enjoyed the overall look of the film; specifically, the colored lighting choices in several parts stood out, and I liked the use of show-inspired miniatures that whimsically decorate the transitions between real-life scenes.

All in all, I would definitely recommend this film. Just do not go in expecting a biopic. I think it is a solid choice for the whole family to watch and should emotionally engage most adults. I just wish there was a tad more consistency in the tone and that its extra flourishes served to put the presentation over the top rather than disorient the viewer. I doubt I will watch it ever again but will fondly remember Hanks’ portrayal of a beloved figure.