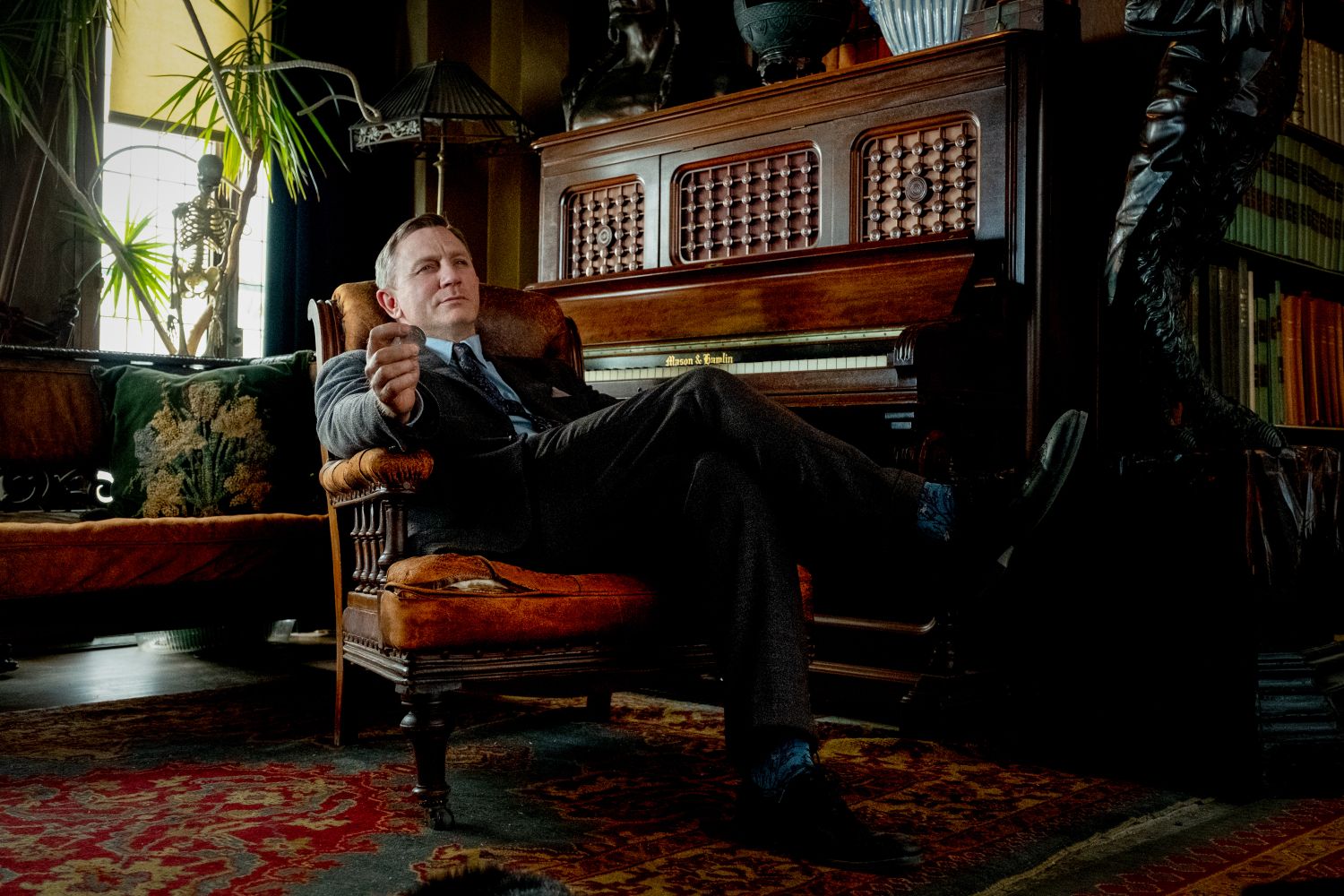 The whodunit genre is not exactly at the height of popularity, but I have always enjoyed murder-mysteries in the Agatha-Christie style where you get to view the criminal investigation from the lens of an eccentric detective and can attempt to deduce the truth from the given clues at the same time as the character in the story. This story structure is uniquely engaging because, at any point during the film, you have to think through every piece of information that happened previously; you actually have to put some thought into the timeline, setting, and character motivations in ways that other genres do not require. For me at least, playing detective yourself is largely what makes these movies entertaining. Putting that abysmal Star Wars episode aside, the only other Rian Johnson work I had seen before Knives Out was Looper (2012) which I found to be a cool-looking science-fiction drama with messy mechanics and have not since revisited. Therefore, my expectations were pretty low, yet I was intrigued as the marketing for Knives Out seemed to show Johnson diving into new stylistic territory.

When wealthy crime novelist Harlan Thrombey (Christopher Plummer) is found dead in his mansion with a slit throat, the police deem it a suicide. However, an anonymous individual has mysteriously hired the renowned private investigator Benoit Blanc (Daniel Craig) to investigate the situation as a murder. This apparent suicide occurs after the night of Harlan’s 85th birthday party where numerous members of his family were present. As Blanc begins individually interviewing the relatives, you get to learn about each person’s background, motivation, and relationship with Harlan. Harlan’s daughter Linda (Jamie Lee Curtis), Linda’s husband Richard (Don Johnson), Harlan’s son Walt (Michael Shannon), Harlan’s daughter-in-law Joni (Toni Collete), and Harlan’s grandson Ransom (Chris Evans) each had a strong desire to remain in Harlan’s good graces as well as his will. In addition to the family members, Blanc interviews Harlan’s personal nurse Marta (Ana de Armas) who you quickly learn had the closest relationship with Harlan and knows the most about what was going through his mind. Is she the key to the whole investigation?

Though the large cast contains many high-profile actors, the lesser known Ana de Armas really carries the dramatic weight of the film as it is ultimately a story about her; I prefer not to explain too much for risk of spoilers. She dexterously portrays the thoughtful, reserved, and understated Marta and is convincingly distraught and scared when the situation calls for it. Johnson carefully wrote this character, and her behavior remains consistent and realistic in the context of the script. Commanding almost as much screentime, Daniel Craig is on the scene playing the Hercule-Poirot analog Benoit Blanc. I have to admit it took me a bit to buy Craig’s Southern accent, but I eventually settled into it as the film’s tone is never overwhelmingly serious. Craig is clearly having a blast playing a leading character with personality and eccentrities for once. Christopher Plummer’s distinguished grandfatherly presence fits the character of Harlan perfectly, and he only enhances every flashback scene in which he appears. The supporting cast is filled with skilled actors who are distinctively written and portrayed such that you have a memorable list of suspects for the mystery structure. Comedically angry Michael Shannon is a real treat as is Toni Collette playing a wacky ungrounded lifestyle guru. Additionally, Chris Evans adeptly presents the most nebulous character of Ransom; he is the cynical and aloof black sheep of the family and appears to have the most reason to be angry at Harlan. You can reasonably believe that any one of the characters is the guilty party. Though many of these characters are often reduced to comic relief, the supporting cast is largely what gives the screenplay its vitality.

I really do like the visual flair that this movie has, and, in particular, how the estate is almost a character in its own right. Liberally furnished rooms that allow in different levels of ambient light, an abundance of ornate decorations highlighted by an intimidating circular display of knives, and a claustrophobic back stairwell leading to a tucked away writing chamber are just some of intricate facets the distinguish the estate setting. Every character is well-dressed in every scene usually in suits or sweaters spanning the film’s refined color palette. It is clear that significant effort went into the set and costume design to give this film a unique style. The shot composition is visually appealing though the cinematography at no point blew me away.

Though I was reminded of similar films such as Murder on the Orient Express (1974, 2017) and Clue (1985), Knives Out plays out a bit differently than one would expect as a whodunit. I commend it for innovating within the bounds of the subgenre. There is one large aspect of a late plot twist that I have a hard time buying, but if you just go with it, the writing has very few flaws outside of the occasional terribly unfunny joke. It is an overall engaging experience though, all aspects considered, it is a little too drawn out; I definitely started to feel the runtime at around the two-thirds mark. Knives Out is not the whodunit I was expecting but is a suspenseful drama nonetheless that largely hits on all cylinders. If you are a fan of this genre, check Knives Out out as it is one of the better mainstream releases in the latter half of 2019.