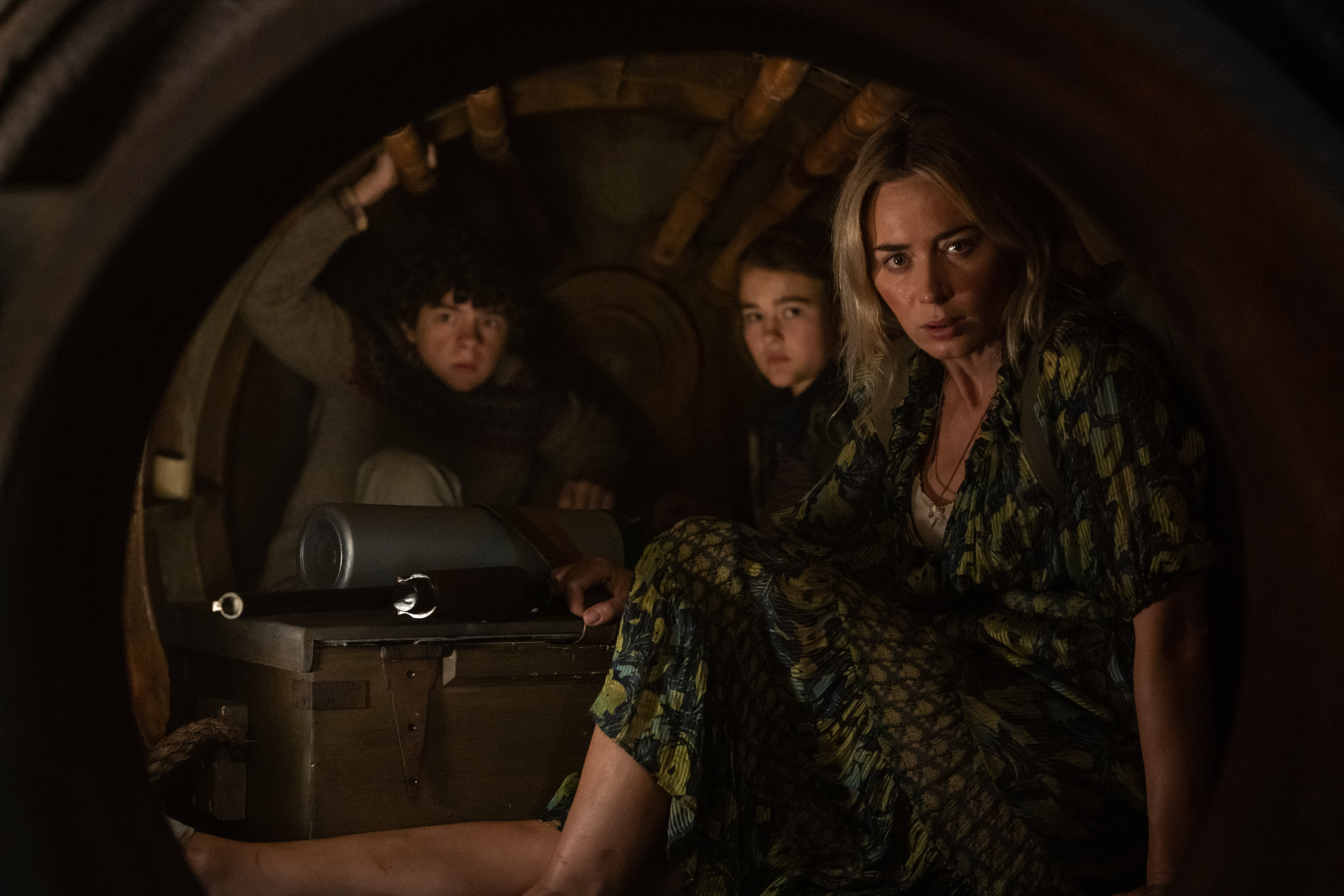 When well-known actor John Krasinski of The Office fame jumped behind the camera for his feature-length directorial debut in 2018, he captivated audiences with his depiction of a tight-knit young family faced with a straight-forward survival choice: remain completely silent or get swiftly and violently murdered by mysterious bloodthirsty creatures roaming the countryside. However, as it turns out, a mother giving birth next to monsters with hypersensitive hearing is a rather precarious event. While audiences at large and the majority of critics lauded the thrilling intensity of Krasinski’s briskly paced survival-horror histrionics, I harshly criticized A Quiet Place as I found my gut reactions throughout my viewing frequently at odds with creator intent. That being said, the first film is far from boring and has an admirable strength residing in its foundation upon the perseverance of family in the face of enormous adversity. Thus, I went into this sequel with a gleam of hope.

Immediately following the conclusion of A Quiet Place, the remaining members of the Abbott family, mother Evelyn (Emily Blunt), her newborn baby, and older children Regan (Millicent Simmonds) and Marcus (Noah Jupe), set out from their farmhouse to find a new setting unperturbed by sonic terror creatures. As they move past their immediate surroundings, they meet a few new faces, hone their creature extermination skills, and gain a better view of the state of humanity many months out from the initial apocalyptic event. Having not thought terribly far ahead when killing himself off in the previous entry, Krasinski has to replace himself with a new paternal protector figure Emmett (Cilian Murphy) who is the necessary rugged male brawn who accommodates their traversal of the hazardous landscape. Though far more dialogue occurs in this sequel, the characters are archetypal and do not need intricate development. Extraordinary survival circumstances require rapid maturation from every character, particularly Regan who has now outgrown being simply the “deaf child in distress” as she devises a species-preserving plan and becomes ostensibly the main protagonist.

In Part II, the series moves from an isolated mystery horror film into a more expansive action monster flick à la Alien (1979) to Aliens (1986). With the biomechanical weakness of the creatures no longer a mystery, this intelligent writing manuever allows for broader post-apocalyptic world-building, more changes of scenery, and more far-reaching consequences. The expanded world of A Quiet Place Part II draws on post-apocalyptic tropes but maintains a personal focus on the family struggle carried over from the previous film so as to avoid too much of a copy-paste feeling at any given point. That is not to say that the feeling is completely absent as exemplified by the inclusion of generic tribalistic humans who have descended into darker methods (cannibalism?) of survival against fellow man as well as beast.

The sound design is once again a technical highlight as the creatures’ distinct auditory signatures are highly effective at instilling dread into enthralled viewers at the edge of their seats. Switching into the deafened point-of-view of Regan as primal terrorism ensues around her once again gives you a personal connection to her experience; you understand how her disability is disadvantageous but also one less avenue for the terror to access her mind. Additionally, the score is not overly assertive and complements the somberness of the backdrop of abandoned civilization with hints of remaining life stirring within the entombed silence.

However, all of these positive attributes of the presentation rely on the viewer being completely bought into the premise and gravely considering stark consequences for every turn of events. A Quiet Place: Part II fundamentally does not cohere for precisely the same reason as its predecessor: it takes itself far too seriously. Every aspect of the presentation is so dire, full of despair, and devoid of any levity that it almost demands hyper-realism to maintain your suspension of disbelief. Conflict after conflict is set up via a comedy of errors and frequently I was instinctively laughing rather than being frightened due to the shoddily constructed set ups. Ultimately, it is very hard to overcome the goofiness of the villains being monsters whose armored heads open up when they hear loud high-pitched resonance frequencies. The monster mechanics are so uber-specific to this specific plot and quite silly to behold in broad daylight as the visual effects team get to parade their toys around with little restraint. When the situations are wholly preposterous, there has to be at least a morsel of air available for laughing at the absurdity; instead, you get to suffocate. Because Part II builds itself up so seriously and dramatically at all times, you need more and more startling, well-constructed payoffs to maintain the level of thrill; it simply cannot deliver and frequently falling back on generic and repetitive violent spectacle and jump scares.

Never dull, Part II moves along briskly and wraps up quickly. The intercuts between the various likeable family members in whom you are invested doing their part to fight for survival are memorable, and the implicit messaging about strength of family overcoming tribulation remains the series’ most admirable quality. This premise functions much better as an action movie than a horror movie since it is less reliant on shear scariness and, consequently, Part II sits more favorably in my memory. However, the disconnect between serious intent and comedic effect is frequently too large for me to overcome and really holds the film back from any sort of higher achievement. Be aware that most people can suspend their disbelief much better than I can so check this one out if it sounds like something you would enjoy.