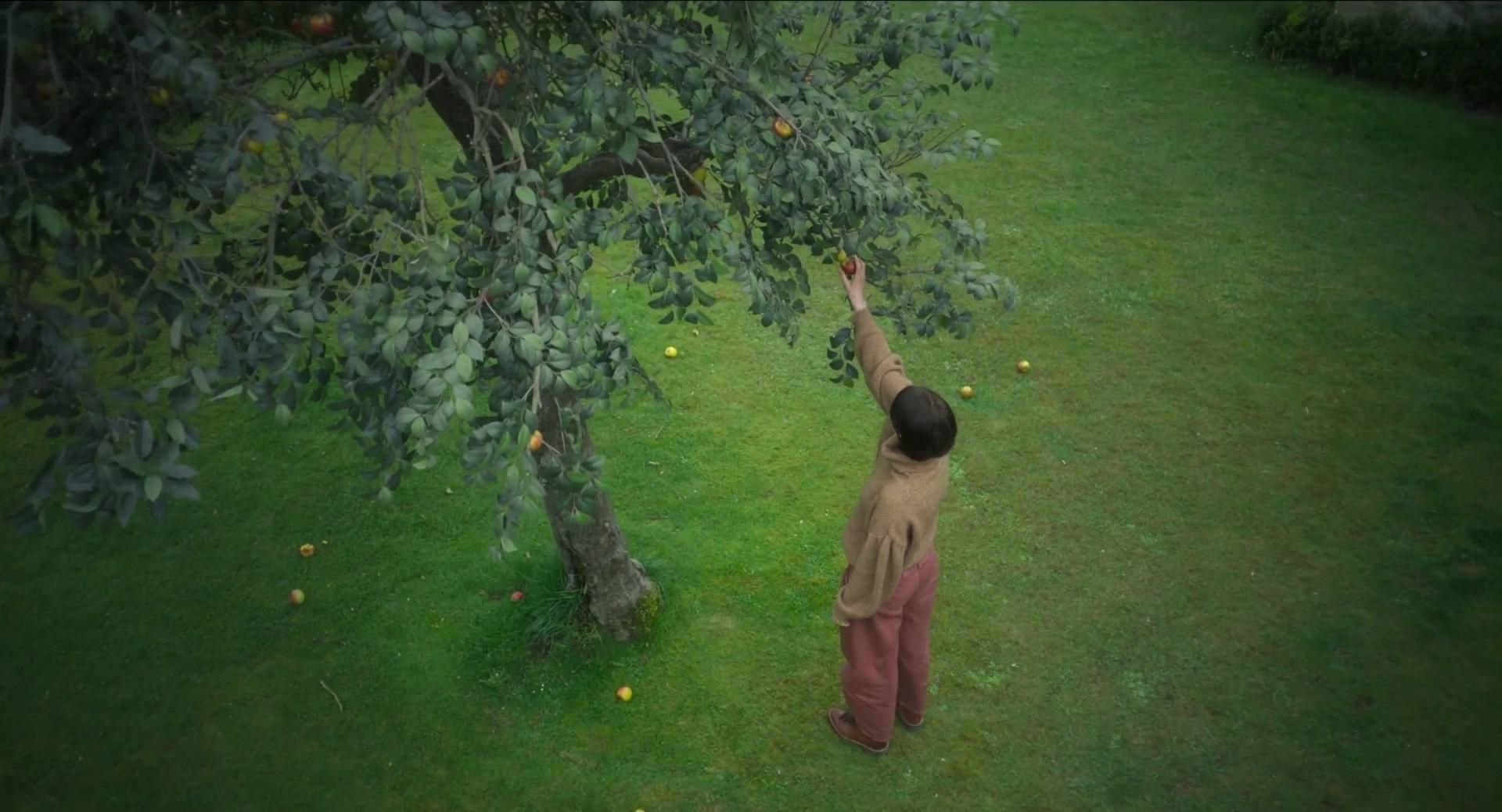 Alex Garland’s first two films are intriguing yet flawed explorations of the definition of humanity. In both Ex Machina (2014) and Annihilation (2018), a distinctly non-human consciousness, technological in the former and extraterrestrial in the latter, takes its best stab at mimesis. Captivating musings about human authenticity and evolution are presented within uneven screenplays. With the strength of his prior filmography, I would not be surprised if he is capable of producing an ascendant work in modern science fiction. Unfortunately, instead of doing that, he made Men.

In this film, Garland gets lost constructing a gimmick to deliver facile social commentary. The recently widowed Harper (Jessie Buckley) rents a manor house in the English countryside as she recovers from the trauma of having watched her husband commit suicide in front of her. As she traverses the area, she interacts with the groundskeeper and various locals, all men (played by Rory Kinnear) who resemble each other very closely. Pretty soon, strange encounters with certain ones of these men give way to verbal derision, physical assaults, and surreal histrionics. It is up to Harper to ascertain the reality of her situation, stand her ground, and find the means to prevail.

Despite its abstraction, Men is merely tired patriarchal critiquing and thinly veiled white knighting for a caricature of women. With Harper just emerging from a background of abuse and emotional manipulation from her spouse, men of all ages and professions with a common resemblance are coincidentally the oppressive force in her new environment. While much of the film’s admittedly memorable symbols and visual displays have nebulous meaning, it is quite clear that Garland is communicating a negative commentary generalized to all men through his gimmick of a single actor playing every role. By making the film’s villain every man, Harper is necessarily a surrogate for every woman and consequently becomes no woman in particular. She is a vague outline of a woman. A partial instantiation of an idea for a woman from a puerile mind that cannot define anything outside of oppressor-oppressed social dynamics. It is quite telling that Garland’s default conception for the every-woman character is a traumatized widow with little meaningful agency. Yet, she gets generalized into an Eve figure choosing to partake of fruit from a symbolic Tree of Knowledge of Good and Evil. You cannot reconcile the specific to the general in the female dimension of this story which is where everything falls apart. Ultimately, the result is a thoroughly uncompelling main female character.

The film is shot quite nicely but it does little to keep the vapid core unexposed. The initial stages of mystery peppered with atavistic symbolism and unabashed weirdness are enough to draw you in and keep you distracted up to a certain point. However, much of Garland’s over-the-top efforts at creepiness become bemusing rather than unsettling. By the end, you will either be laughing or wanting to vomit.

Constructed on a gimmicky premise with a hollow heroine, Men is forced to put all its eggs in the basket of shock value where the grotesque excess becomes comical. The deviant pornographic visual kluge of the final few scenes stands atop such a lackluster build up that you will be checking your watch to see if this film’s thankfully brief 90-minute runtime is over. The film’s brevity is its saving grace. In the end, I got to see some things I never want to see again. Avoid this one if you are a fan of the good, the true, and the beautiful.